Today I gave my final oral report in my seminar! It took me all morning to prepare (since I was busy fighting off panic attacks about it). From all appearances it went really well. Probably because I fueled up with this beforehand:

I actually took of photo of my boyfriend’s plate, since mine was covered in unattractive hot sauce splatters. This sort of thing is a pretty typical brunch for us. I tend to make a lot of “deconstructed” sandwiches because my boyfriend isn’t a big bread-eater. However, even he is weak to the powers of the pretzel bagel. Bless its existence.

Once I felt that my report was adequately ready for the voyage to school, I took a quick study break and made Fig take pictures of me. He was more than happy to acquiesce, but rather offended that I wouldn’t be posting his ever-artful “Hipstamatics” to the blog. 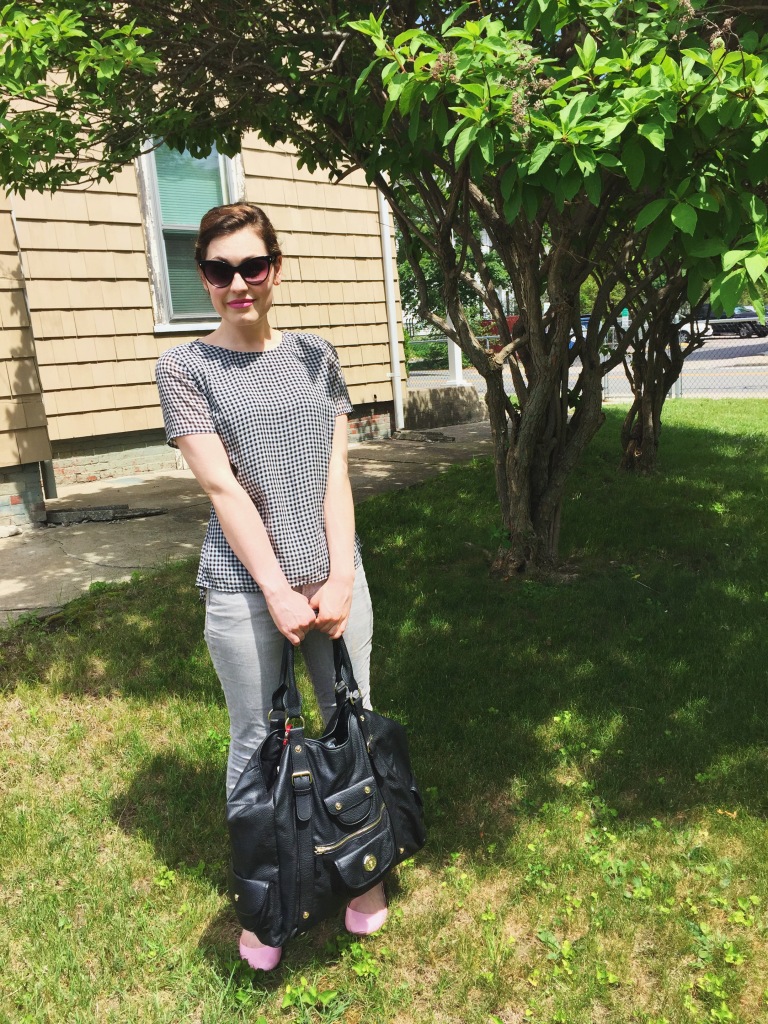 I had so many books and devices to carry that I had to pack my weekender to get them all to school. It actually looks like a somewhat reasonable bag in these photos: be not fooled. The thing is bigger than my torso. I could probably fit inside it. The bag was so heavy that the straps were showing a little distress…I’ll have to be kinder to it in the future. My shoulder is still feeling the pain. It was worth it to get to publicly geek out about Sylvia Plath, Anne Sexton, and feminism. For a grade. Now I just have to write 10-15 cogent pages about it. *skull emoji*

I even hammed it up and read Sexton’s “A Curse Against Elegies” aloud (I occasionally show evidence of my brief affiliation with my high school’s drama department—sue me). The following photo (which Fig said I’d hate and wouldn’t post) might be evidence of that: