2020 truly was a year for the books (don’t worry, I instantly regretted that pun). This is the year where I discovered that I’m obsessed with contemporary romance novels (think Berkley, not Harlequin). I was a super-avid reader as a child, but I found it harder to make time for it as an adult. Nothing like being stuck at home for nine months to catch up on old hobbies!

Here are a few of my favorite things from the year!

Favorite Fiction (in no particular order)

So, technically all of the “non-fiction” I read this year was either presented in memoirs style (10% Happier) or to fictionalized to protect the identities of the innocent (Three Women, lol). So for this somewhat amorphous category, I’m picking The Witches Are Coming by Lindy West. Yes, technically they are humor essays. However, they are boldly political, analytical takes at culture at large rather than explicitly personal essays, very much a response to the evils of the Trump administration and the #MeToo-era reckoning of the sex pests. This book informs and challenges as it entertains, and for that, it has won the top slot in its category.

Open Book by Jessica Simpson – I loved this book so much that I listened to a 4-part podcast series about it after I was finished. I was shocked that I could be so invested in the story of an artist to whom I hadn’t previously given much thought. I listened to the audiobook (obtained through my local library!), and not only was Jessica’s performance incredible and emotional, her (literary) voice came through so clearly in her writing. Honorable mention: Kitchen Confidential by Anthony Bourdain.

This one feels like choosing between my own (currently non-existent) children. Humor essays are my all-time favorite genre of writing, so they comprise a significant portion of what I read in general. Although David Sedaris will likely always be my favorite humorist, this year it went to a tie between Wow, No Thank You and We Are Never Meeting in Real Life by Samantha Irby. These two books had me wheezing from start to finish. I’ve actually never been so inspired to write before (although of course, I didn’t follow through because everything I produced was absolute garbage compared to the Word Science herself).

While this book didn’t make it into one of my favorite slots, I had to shout out Rachel Bloom’s unbelievable performance of I Want to Be Where the Normal People Are. This was a joy start to finish, and she performs a literal musical in the middle. Rachel Bloom is a STAR.

These are the books I’ve started (and enjoyed) this year but didn’t finish by midnight on the 31st:

I’m taking my first ever Women & Gender Studies class this semester (prior to this spring, I was just learnin’ from the school of life). When I looked at the course offerings for Spring ’18, it seemed very on-brand for me, plus I really like the professor. If you’re not familiar with the discipline, well, neither are any of its scholars, really! It’s a controversial field that is necessarily interdisciplinary, drawing on literary studies, history, sociology, anthropology, law, psychology—you name it. Honestly, we can’t even all decide on a name (Women’s Studies too narrow? Gender Studies too broad? Are we being inclusive enough?)

In my class, we’re reading all the hits! Butler, Rubin, Crenshaw—all the rad ladies that you’ve come to know and love if Gender Studies and intersectionality are indeed your jams. We recently read the 2015 “theory memoir” The Argonauts by Maggie Nelson, which was a pretty fascinating read.

check out my goodreads review here! 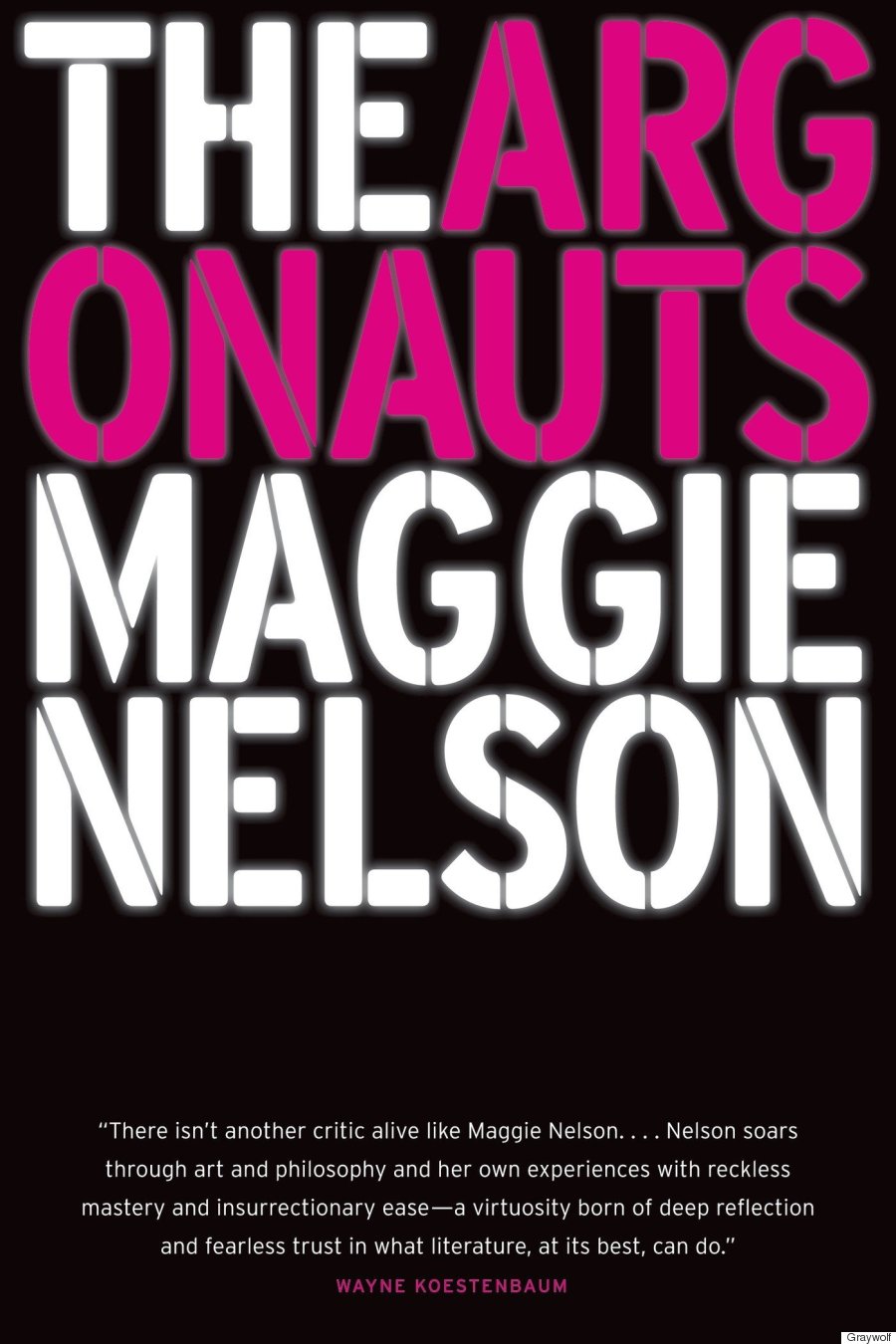 The Argonauts tells the nonlinear tale of the romance, marriage, and journey to parenthood of Maggie Nelson and her partner, artist Harry Dodge. Although, conceptually, if a romantic partner texted me lines of Barthes, I would vomit and leave that person, it’s a cute look on others.

The writing and organization of the book read a tad pretentious, but it’s clear that Nelson has a brilliant mind for theory—the theoretical passages, paraphrased or quoted, are woven seamlessly into the narrative. Since I have to co-lead a class discussion on The Argonauts, I thought I’d post some of the questions that came up for me while I was reading:

I just finished the book Americanah by one of my absolute favorite authors and speakers, Chimamanda Ngozi Adichie, and I’m still in a trance-state. To quote one of her characters, Obinze, This is like poetry. I can’t escape the Lagos, the Nsukka, the London, the Baltimore of Americanah.

**No spoilers, no worries.

Americanah follows the parallel lives of two young lovers, Ifemelu and Obinze, over a span of fifteen years as they leave their native Nigeria for America and England, respectively. It is an immigrants’ tale, but also a rejection of the trope: both Ifemelu and Obinze eventually return to Nigeria, by choice and deportation, respectively. The novel examines the treacherous path that many immigrants are forced to walk in order to survive and prosper, especially when they leave a country in turmoil. Americanah was written in 2013, but in 2016, in an era of prohibition and xenophobia, it feels even more essential.

Much in the way that Americanah rejects the triteness of a triumphant immigrants’ tale, it similarly rejects assimilation and the abandonment of traditional values. Ifemelu, after years of cultivating an “American” accent in order to shroud her difference, drops the accent entirely, much to the bafflement of her Nigerian and American acquaintances. The interspersed scenes at the African-owned hair salon make this most apparent. The salon’s employees, recent immigrants from coastal West African nations, are fascinated by Ifemelu—her success, her American boyfriend, her fifteen years in the U.S.—but baffled by her choice not to affect an American accent or to marry, confused by her desire to return to Nigeria after securing American citizenship.

At its heart, the novel is a celebration of Nigerian-ness, of African-ness. Adichie’s Nigeria is evocative and lush, a fitting tribute to a nation the size of France. As Western narratives suffocate the continent’s 54 countries into the mold of the fictive nation “Africa”, Adichie’s novel removes her own country from the mire and brings it to life in all its glorious multiplicities—its languages and cultures (English, Hausa, Igbo, Yoruba), its cities and states, its hawkers and tycoons, its Christians and Muslims—all defiantly on display.

Ifemelu, years before the opening of the novel, had begun a successful blog chronicling her observations on race as a “Non-American Black”. The excerpts from Raceteenth, her blog, are some of the most impactful passages in the novel. As a white American myself, I was transported from my bubble of tolerance and forced to square with a reality and a perspective truly foreign to me. Adichie, as Ifemelu, approaches race and racism with delicate nuance, shattering the (very Western) notion of binaries, or black and white in opposition to one another. Black and white existing at all.

Without claiming to know Adichie’s authorial intent, I observed that much of the novel is about discomfort; the reader is made to sit in her discomfort, to revel in it. The novel is as didactic as it is entertaining, in keeping with what many of us already know of Adichie from her now very famous, no-bullshit TED Talk on feminism. Adichie’s prose does not coddle, it does not function as a step-ladder to woke-ness. The novel immediately situates the reader in Obinze and Ifemelu’s Nigerian, African, black, immigrant, expatriate experience and refuses to allow the reader to erase them.

Further reading: That Thing Around Your Neck, a collection of short stories

And finally, god bless the mother (of new TWINS!) Bey for introducing us, the unwashed masses, to the light and genius that is this perfect woman.