As the foremost millennial scholar and fan of the 1982-1993 sitcom Cheers and its spinoff, Frasier (1993-2004), I believe it is my sacred duty to write about them, and to air my many grievances against the shows and their glaring inconsistencies. I should clarify that I love these shows with my entire heart…it is because I care that I must criticize. This is the first installment of what I genuinely plan to turn into an academic/cultural study of Frasier, as outlined in my first ever Library School assignment.

Next time, we tackle Niles, to whom I feel a potent sexual attraction. What does that say about me as a person? Tune in next week. 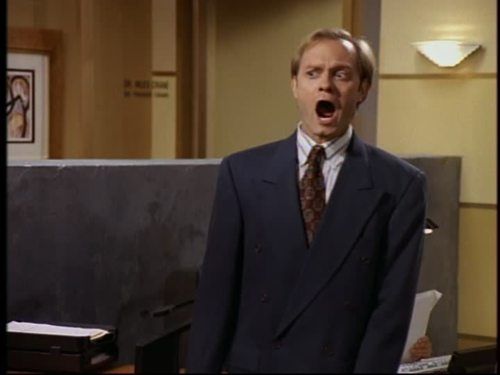