Good morning! I have barely left the house in ages since I’m pregnant and only half-vaxxed (I had to wait until the second trimester), so I don’t have much to report, but here’s what little I can recommend at the moment.

Welcome to another installment of Shout Out Sunday, where I yell at you about pop culture and retail! We’ll get right to it this week—no need for a big preamble.

Oh, and P.S. I broke down and bought the Allbirds. Will report back.

Just gaze at this charming description of my region:

It’s another Nor’Easter! My in-laws lost power but thankfully our old house (built in 1900) is somehow a bulwark never failing against storms (we nevah evah lose powah, kid). This week’s avalanche of death is being referred to as “Winter Storm Quinn,” which, honestly, for the 90s babies among us, is just kind of a bitchy move.

Because I am quite literally snowed in, here’s how I’ll be entertaining myself today: 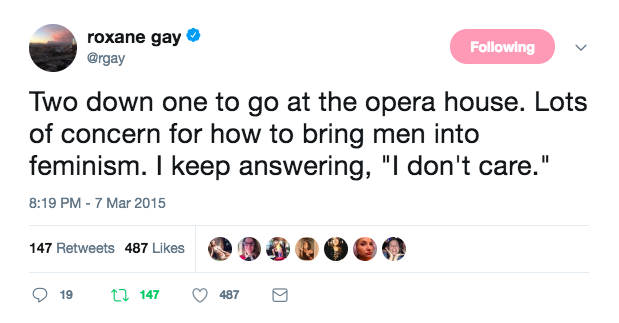 P.S. I just bought myself this jumpsuit as a consolation (Insiders, Muses, & Icons have a discount right now, nbd), so is it really all that bad? Also, think I snagged the last medium #sorrynotsorry.

Gilmore Girls: A Year in the Life, premiered on Netflix last month after nine long years without new Gilmore content. The night before the mini-series was set to air, I was as, if not more anxious than I was at my own wedding. Don’t get me wrong—I love my husband—but Stars Hollow is in my blood. I may very well have spent more time with the Gilmores than I have with him, although he’s definitely catching up—there are only so many episodes, after all.

Before I gracefully swan-dive into criticism, I want to start by saying that Gilmore Girls is my favorite television show. It came to me in a dark period of my life (I started watching weekly during season 4), and it spoke to me, as a fast-talking, book-reading, pop-culture-referencing, brunette New Englander. In my mind, I was Rory. In reality, I was way more of a Lorelai/Lane hybrid, except way less cool.

In 2007, Gilmore Girls was cancelled after the departure of its creator, Amy Sherman-Palladino and a somewhat disastrous seventh season. A lot has changed in the nine years since Gilmore Girls stopped airing. The proverbial “conversation” has changed. Sixteen years ago (when it began airing), it was par for the course for a show to be tone-deaf about social issues. Most shows lacked diversity in casting. Actors of color were criminally underused, LGBT characters were novelties, and trans characters simply didn’t exist. Gilmore Girls broke no barriers. The most revolutionary aspect of the show was its portrayal of a single teen mother succeeding despite her circumstances, and even that portrayal was inherently flawed—Gilmore existed in a bubble in which money was no issue, and only ever brought up as a plot point. The Girls were fed, sheltered, and wanted for nothing.

As for race—I can vouch for small New England towns lacking diversity. I’m from one. But television is escapism—the creators had the freedom to diversify the idyllic Stars Hollow, seeing as every other aspect of the fictional town is deeply unrealistic. Interestingly enough, Michel, the concierge of the Independence, and later the Dragonfly, Inns, who was the show’s only meaningful black character, was also portrayed as (early-00s) stereotypically gay, with his love of Céline Dion, fashion, and Emily Gilmore-esque propriety. It’s almost as if the Palladinos cashed in a two-for-one coupon, but not in the self-aware, irreverent way in which Tina Fey & co. wrote the character “Toofer.”

Throughout the series (having rewatched it from the start in preparation for the revival), there are numerous cringe-worthy gay and cross-dressing jokes that fall as flat as the inevitably outdated pop culture references, but overall it can certainly be deemed a feminist series, albeit a white feminist one. #intersectionality

Thus, ardent fans new and old anxiously awaited our return to the Stars Hollow universe. And the first few scenes truly did feel as warm and comforting as slipping on a pair of decade-old Ugg boots. I mean, this:

The feels! Also, Emily’s entire storyline. We all can agree that Kelly Bishop is an actual queen, right? Perfect actress, perfect role.

So now, in order to keep myself from emotionally babbling, let’s go through some bullet points:

I would like to start by saying that I’m not going to mention the Bunheads people. I never saw Bunheads (planning to fix that), so I’d be pointing out something that I myself didn’t even understand.

Chris Eigeman (Digger Stiles) – Lorelai’s season 4 former flame makes a brief appearance in the flashback to Richard’s funeral. Fuck the haters, I loved this. I truly liked that character and thought he and Lorelai were good together. I’m #TeamLuke, but it’s hard to be so loyal when Max & Digger are so freaking awesome.

Danny Strong (Doyle McMaster) – My beloved Doyle only gets a couple of brief scenes, amidst the turmoil of his separation from Paris.

David Sutcliffe (Christopher Hayden) – Baby daddy gets one scene. Of course, in retrospect, it turns out to be SUCH a fucking important scene, but they definitely could have used Christopher, who was so important to the plot of the original series, much better.

Gregg Henry (Mitchum Huntzberger) – Mitchum gets one scene? Come on. Mitchum is the only person that was ever honest with Rory about her journalistic prospects. He changed the course of her life, in a way. He was important! I think Mitchum was honestly more influential than Logan! Gregg Henry is an amazing actor and he was ILL-SERVED in this revival. #moremitchum

Ray Wise (Jack Smith, Emily’s new boo) – Leland freaking Palmer is in the reboot. It was kind of distracting because I LOVE me some Twin Peaks, but apparently so does ASP. Half the cast of TP has been on GG at some point or another.

Alex Kingston (Naomi Shropshire) – River. Mother. Flipping. Song. Is. In. The. Revival. Enough said. This was a dead-end story-line but worth it for RIVER SONG.

Jason Mantzoukas (Naomi Shropshire’s lawyer) – The fact that Mantzoukas is a huge GG fan brings joy and radiance to my life, and his inclusion in the revival is a ray of sunshine in a dismal world.

Kevin T. Porter & Demi Adejuyigbe (B-list actors at the Dragonfly) – The Gilmore Guys are in the revival! This makes me so happy. Kevin & Demi are doing god’s work with their amazing podcast, which I’ve blogged about previously.

Paul Anka – The Paul Anka dreams had to come back.

Dan Bucatinsky (GQ editor) – What a dream this man is. Check him out on Jen Kirkman’s “They Seem Fun” for more info.

Alex Borstein (Miss Celine) – Miss Celine was one of the most wonderful parts of the original series. I’m so glad that the Palladinos graced the fans with one last look.

Jason Ritter & Peter Krause (park rangers) – Parenthood shout-outs 2 & 3! Jason played Lauren Graham’s love interest on Parenthood, and Peter is her real-life boo! I was psyched to see them in the reboot.

And last but not least, Jess Mariano, a.k.a. Jess Mariano. Unfortunately, his part amounts to little more than a cameo, but JFC, look at this man:

Are you KIDDING me?

Milo was busy shooting his amazing new show This Is Us, so he couldn’t be a huge part of the revival, but the few moments he appeared on screen were among the best.

Okay, so, everyone seems to hate the Life & Death Brigade sequence , but I am coming out strongly in favor of all of it. It had Twin Peaks. It had the Beatles (via Across the Universe). It has kooky outfits & Rosemary Clooney! Disclaimer: I’ve been Team Logan since DAY ONE, so of course I was going to love this callback. Especially considering the final four words, these scenes have additional gravitas. The frustrating thing, though, is that there is no obstacle to Rory & Logan being together, except both of them sucking as people. I guess we’ll find out what happens with them in the next series of episodes, because of course they’re going to make more, because $$$$.

Much has been said about this already, but Lane gets about 45 total seconds of screen-time in the entire revival. Considering her life was…derailed in Season 7, to put it politely, superfans were desperate to see how Amy resolved Lane’s story. This more than anything seemed to highlight the undeniable notion that the meta-narrative of this show is that we all become our mothers. Lane’s working at Kim’s antiques, wearing a Mrs. Kim smock and bob. Paris’s kids like the nanny more than her. Rory ends up unwed and pregnant, albeit at 32 instead of 16. P.S. ONE scene with Mrs. Kim? Are you kidding me?

So, overall, I loved the revival because it was a revival of my favorite show. I loved the Arrested Development revival too. And I’m sure I’ll love the Curb Your Enthusiasm reboot as well. But that definitely doesn’t excuse Amy Sherman-Problematic from, well, being herself. As much as I cherish the existence of these new episodes, there are so many things I want from any potential further episodes. I want more Paris, more Lane, more Miss Patty—more of the characters that are the true heartbeat of the show. There’s so much more to talk about, but I think a lot of us are still rewatching and processing.

There will be much more discussion of the revival here. For those of you thirsty to dive into deep discussions about it, hit up my boys The Gilmore Guys who just dropped their “Fall” episode today.

What was your favorite episode of the revival?